Why are you happy right now?

High Plains Drifter said:
When you say "autumn" I hope you don't mean September. Even into the fist couple weeks of Oct can be pretty warm. This year's been a whole new level of insane hot... even for Texas and not even July yet.

Other than that just wave to the insane fascist nazis as they pass by Dallas is actually pretty cool... good music, good food, and typically friendly city
Click to expand...

Cool. We also got a heat wave going on here which is pretty uncommon in June but it's only like 86F here atm.

I don't know about Nazis but hopefully I can snatch a new USA Jackson while I'm there since they're not sold here.

Hell yes, a couple more hours before my 5 weeks summer vacation starts! I'll be starting it by celebrating my wife's 39th birthday in Helsinki, hotel and all that, after which she goes home and I stay in Helsinki for Tuska Metal Festival.

Copyright on my book is finalized. Only five months after release. It's like the first thing the government's gotten right by me this year so far, but I'll take it. Considering the projection was thirteen months, I'm almost impressed.

I played guitar for the last hour and change, and my hand and thumb do not feel fucked. I haven't touched my guitar literally except to put it away since March.

The funny thing is I'm actually slightly annoyed because my goal in playing was to figure out where it's hurting so I can show the physical therapist tomorrow.

If you wanna get laughing quickly, check out the "Comment Section Gold" thread on here. Sooo good!

I started tending bar at a fairly upscale Hotel bar this summer. It's owned by a major tour company, and there is a companywide policy against "fraternizing" with guests.* However, it turns out there is no policy against making a strongly positive impression on a gay male flight attendant who then asks if he can put you in contact with his female best friend.

I gave him my email, no idea what or if I will even hear from this person, but it's fun and cool getting positive attention.

*Also though if the situation is right I'm not going to not just because it's "against the rules."

Teased my mother in law while she was on the phone so cleverly that my wife laughed so hard she farted.

Devin Townsend at Tuska... And he ends the set with Love?. I'm still picking up the pieces of myself from the gravel, I just love that song so much. I didn't expect to ever hear it live.

I remember watching the Retinal Circus Blu-ray years ago and seeing him play Love? And City live and it was everything teenaged-me wanted. May have to try to catch him live next time he's in the area in hopes of getting to see it in person.

Family, friends. No shortage of good music. Recently was drawn into a comic as a demon. Lots a stuff to be happy about.

I have realized by the end of this year I will have 70+ guitars in my collection.... Never thought I would have more than 10 in my life.

And yes I will take pic s and share.

I am extremely excited to say that my band will open for Dying Fetus in september.

A simple pleasure....When I was a kid I had a coffee table book and I could not remember what it was called but it was full of 70's sci fi artwork that I loved.....and google searches describing the book yielded nothing until recently and I got a fresh copy on ebay.

Landed the job I wanted. The interviewer said multiple times “this is an amazing interview” and at the end “this was one of the best interviews I’ve ever done”

It’s about a 16% raise over the last job, my healthcare will be paid by the company and I’m getting a $1000 sign on bonus.

youngthrasher9 said:
Landed the job I wanted. The interviewer said multiple times “this is an amazing interview” and at the end “this was one of the best interviews I’ve ever done”

It’s about a 16% raise over the last job, my healthcare will be paid by the company and I’m getting a $1000 sign on bonus.
Click to expand...

Long read but it's been a while so...

My wife has always had long hair... almost down to her ass. And I was always like "yeah, sexy" but after some years of us being together and finding it everywhere, I told her that I supported her if she ever wanted to cut it... not trim it which she did occasionally, but like really take off some length. So she slowly warmed up to the idea over the past few years because it bothers her at times too... all the brushing, conditioning, tying it up for work, etc.

And within the last year or so she kept saying that she was gonna do it... never did but whatevz. Then one day after I had seen some info on it, I told her that if she ever actually did decide to cut it, that there were charities that would take it. She was hip to that and after some research, eventually became interested in a couple charities that provide wigs to children who have gone thru radiation treatments for cancer and other diseases or conditions resulting in hair loss.

Then a few months ago she told me that she was finally going to get her hair cut and donate it. Made me really happy although it took her a while to come to terms with losing over a foot of hair. And in her defense, I have to say that her hair is gorgeous... never bleached, colored, treated, dyed... not even any split ends. So it came with some hesitation but she was like the perfect candidate.

And today we made it happen. We already had the charity picked out... 'Wigs For Kids' out of Westlake Ohio. So she made the salon appointment and did the deed. Oh, and she looks cute as fuck with her new Bobby Hill doo ( kidding... it's just past her shoulders). Donation was simple... Fill out a short form online and subsequently print the donation bar-code to include with the submission. Donation consisted of 4 pony-tails each separated and secured with several rubber bands around each bunch. Then gently wrapped in tissue paper and put into a Ziploc bag and then into a padded envelope. Done and done!

I'm very happy also, that my wife appreciates and empathizes with how tough and how scary it is for a child to have to endure cancer and other things that keep them hospitalized... and how important it is for children to feel normal, healthy, and confident... and to be seen that way as well. The thought of a child receiving a wig made from my wife's own hair, brought some tears to her eyes as we were on the way to the post office. It felt really cool and I told her at that point to remember that her hair didn't define her nor did it make her beautiful to me. I told her that her eyes, and her smile, and her silly facial expressions were what would always make her so beautiful to me. And I told her too that I felt that she was even more beautiful today because of what she had chosen to do and that her sense of responsibility and her compassion were indeed her most beautiful attributes.

Look, dudes... Fuck ton-o-hair! Donated lengths were roughly 13" to 15". Gonna make some little girl feel like a princess ( or some little dude feel like a bangin' metal-head... whatever). 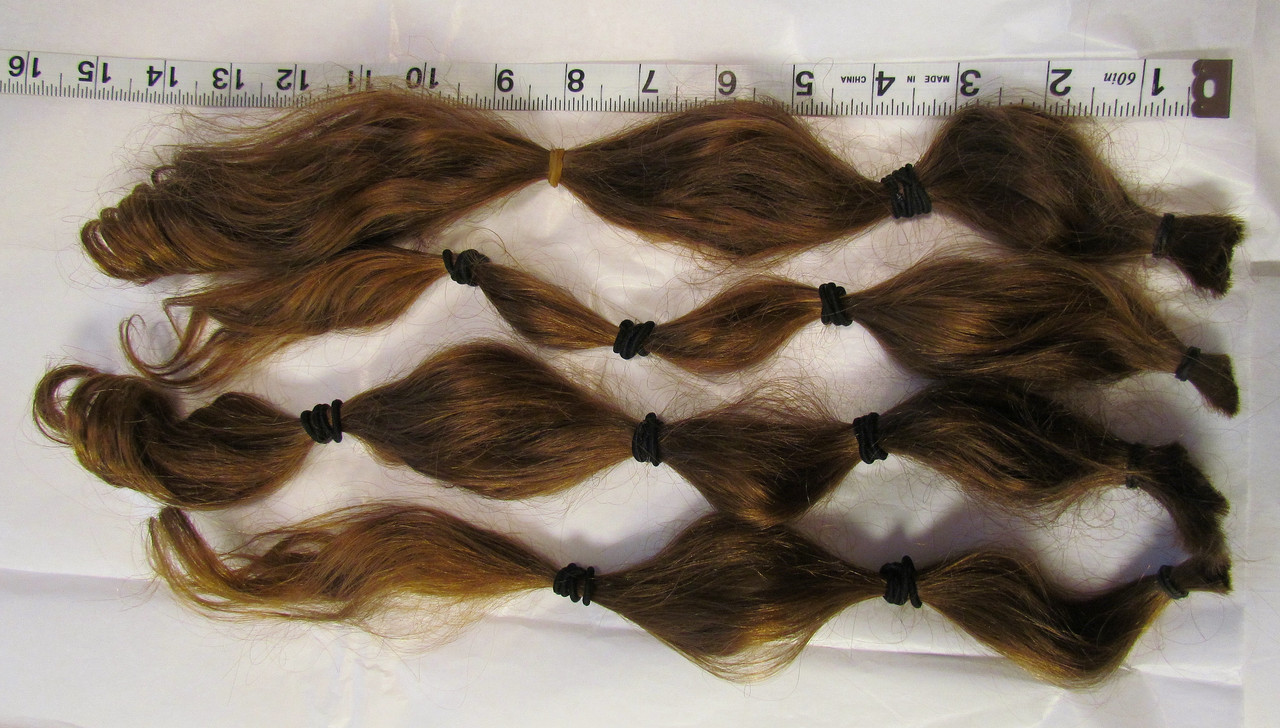 Had to blast a rattlesnake tonight, a real small one, and somehow my pointer managed to not get bit this time after being bit by venomous snakes three times this year alone.

So yeah pretty sure she must be immune given the water moccasin and the past two rattlesnake encounters haven’t killed her / mutilated her muscle tissue, but I’m far from willing to push her luck and I’m stoked she didn’t find the spicy noodle with her face this time before I could dispatch it.

Landed myself a pretty cool job - will be managing a part of one of the biggest renewable energy infrastructure projects in the country! Hope I manage to do it well