I'm looking to transcribe a piano accompaniment piece that is 99% arpeggios. Any suggestions for software to do the chord diagrams that can handle guitars that are not 6-Stringers in E-Standard? My usual go-to is Lilypond, but I'm wanting to keep this quick and easy.

Not trying to be an a-hole, but wouldn't this be easiest with just using your ear? Seems like a lot of extra steps for no reason. And if you're not familiar with intervals and building chords already, I feel like it'd still be easier to learn that rather than finding a program to do it for you. It benefits you greatly to understand how that stuff works.

Edit: If getting the diagrams was the whole point, rather than knowing the arpeggios, then nevermind what I said
Last edited: May 5, 2021

I have the piano sheet music in standard notation - there's no need to figure out "the notes". I just have to arrange it so it can be played on a guitar tuned to Fripp's NST/C-Pentatonic/Quasi-Celtic (CGDAEG) tuning. The reason for this is that there's a lot of 5ths-based movement in the bass, and it's an accompaniment part for a Flute solo, so I want to keep the openness and don't want the chords to be too dense.


j3ps3 said:
... Edit: If getting the diagrams was the whole point, rather than knowing the arpeggios, then nevermind what I said
Click to expand...

The other rub is that since the the guitar isn't in E-Standard, I can't just snag the relevant pieces of an E-Standard chord chart (even if they had open-bass, 3rd/12th position treble, chords), or use one of the apps that assumes nobody would play anything other than a 6-String in E-Standard.
Last edited: May 5, 2021 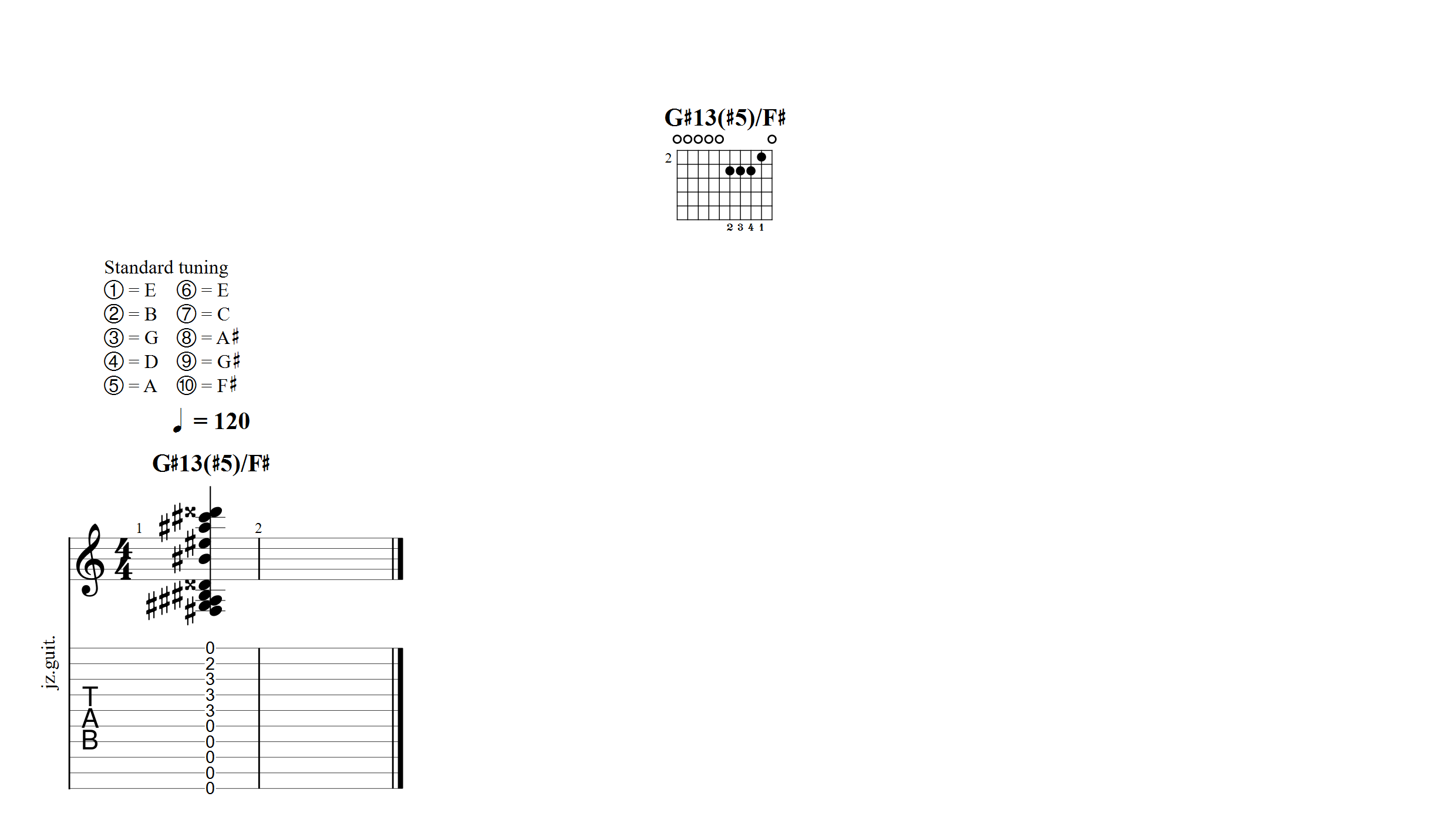 You can change the way it displays of course, including turning off and on standard notation and tablature etc.