ESP Owners Club-Show Us Your ESPs!

@Blytheryn Yup, and you can really get specific with shank length, full threaded or partial, what grade of SS you want, etc. If you've got clearance issues with factory lock screws, get slightly shorter ones. AFAIK most Floyd vendors offer a 'one size fits all' mentality.

Crash Dandicoot said:
Protip: Don't buy SS hardware for Floyds from guitar-related vendors. Go to McMaster-Carr or somewhere similar and order a bag of whatever fastener you need - locking nut screws, saddle screws, lock screws, etc. Much cheaper and more economical if you have multiple Floyd instruments.
Click to expand...

I went to that website and could only find hex screws, I'm not sure I would know how to even find all the parts needed. Like the long saddle screws.
D

Hm how do you know which screws and stuff to buy?

Although I guess most parts of the trem reallybare specific for guitar, like saddles baseplate etc...

Dumple Stilzkin said:
I went to that website and could only find hex screws, I'm not sure I would know how to even find all the parts needed. Like the long saddle screws.
Click to expand...

They're definitely there, I've ordered a bunch. Search up "socket head screws".


Dr. Caligari said:
Hm how do you know which screws and stuff to buy?
Click to expand...

Well as with any fastener they're sized, so you match up to what you have. A thread pitch gauge (both SAE and Metric) is inexpensive and will be useful forever.

For example, I made this little list for the Gotoh GE1996T a while back. I believe it's accurate though I have a nagging feeling that some might have been changed later and I didn't update this list accordingly. As with any type of fastener matching, cross reference with your own measurements:

String lock screws: M4x0.7, 44mm long (35mm is sufficient for OFR routes, 44 is too long in my experience), partial thread

I also sized up the snap rings they use on the bottom of the fine tuners to prevent them from being fully removed but I can't seem to find the part listing at the moment.

You'll typically want what's called "dog point" for the fine tuner and string lock screws, though you can mod any regular point type into that shape yourself with a drill and some strong enough abrasive.

Again, there is a possibility one or more of these is slightly inaccurate and after correcting my orders I didn't update it (like a fool), so do some independant research. I'm going to go through both the OFR and GE1996T/ Edge series again pretty soon and make a concrete list.

Blytheryn said:
A friend of mine did this for some titanium screws and paid like 1/10th of what he would have normally.
Click to expand...

FYI if you're looking for titanium saddle insert blocks get them direct from KTS Japan. They make them for FR and Gotoh saddles.

You won't find these in bulk anywhere because they're bespoke.

I try not to normally post about a guitar the first day I have it, but man... 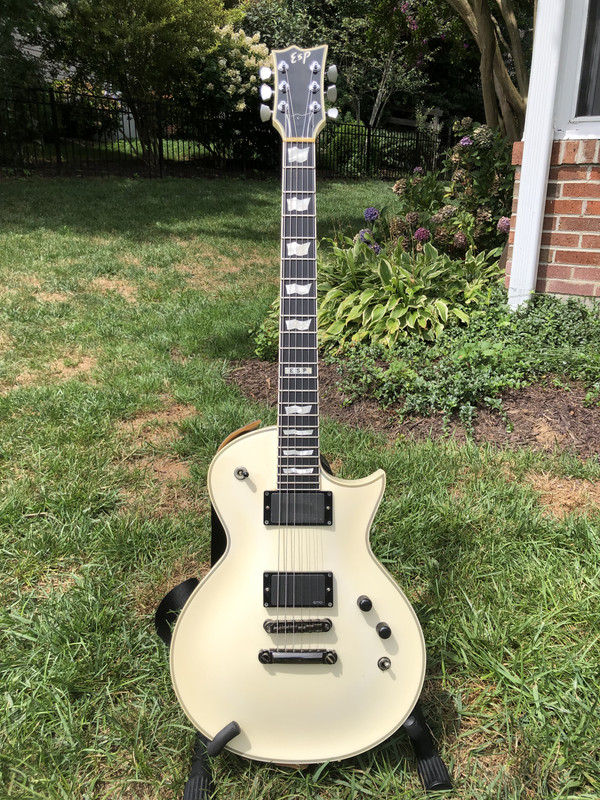 Kiso built MA-CTM. Pulled it out of the box from Japan and had it set up in five minutes tops. Just a monster player.

Its a used guitar that is in a bit rougher shape than I'd hoped, but I assumed it would be a good player since it was sold out of the Craft House.
Last edited: Jul 30, 2022

One of the things I love about ESPs. Look at that neck tenon. Goes all the way to the back of the neck pickup cavity and it's so tight it's hard to see the seam. 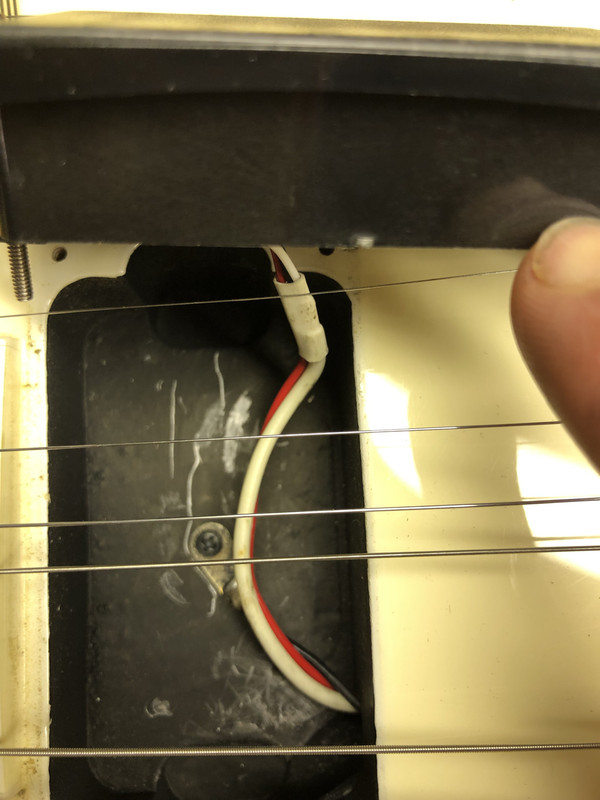 Some Edwards stuff I have now. 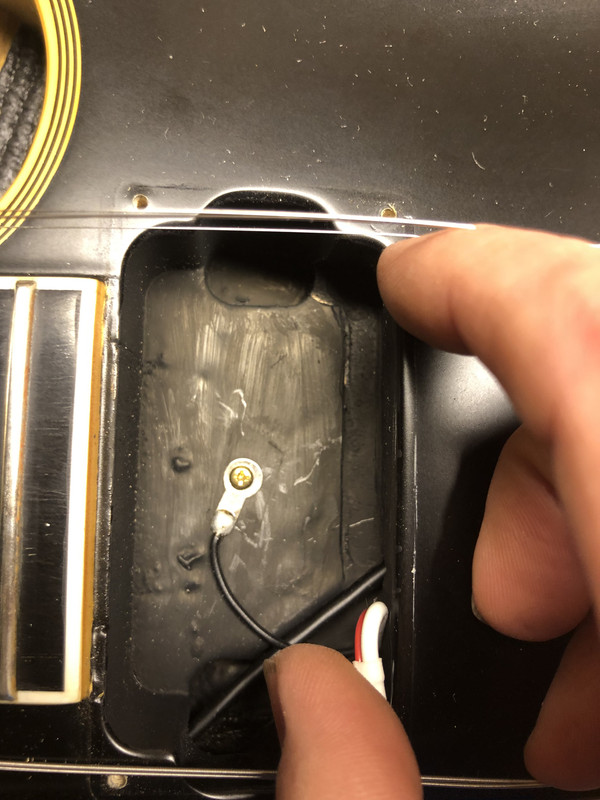 Hard to see with the shielding paint, but it looks to extend about 1/3 of the way into the pickup cavity.

A few posts back, I had an image of a MA-CTM, which is a Kiso-built guitar, which has the neck tenon all the way to the back of the pickup cavity.

However long the tenon is, I will say that this Standard Series Eclipse is a beast. Sounds massive and is a super player.
B

Dumple Stilzkin said:
I just got some Floyd upgrade parts for my MII, picked up a brass claw and screws. A 42" brass block, titanium string blocks. Stainless lock screws, as well as pad screws and saddle screws. Curious to see how it changes the tone, I just need to solder the brass claw to the ground and we're good.
Click to expand...

I got everything installed but when I tried to re solder the ground wire to the tremolo claw I couldn't get the solder to hold the wire in place. The brass is too slippery, so I need to give it another try, anyone have any tips?

Dumple Stilzkin said:
I got everything installed but when I tried to re solder the ground wire to the tremolo claw I couldn't get the solder to hold the wire in place. The brass is too slippery, so I need to give it another try, anyone have any tips?
Click to expand...

Take some sandpaper or a file & make a rough spot on the tremolo claw.

D-Nasty said:
Take some sandpaper or a file & make a rough spot on the tremolo claw.
Click to expand...

I tried that, maybe I didn't sand it down enough. Will try this again.

Dumple Stilzkin said:
I tried that, maybe I didn't sand it down enough. Will try this again.
Click to expand...

Claws are a pain in the ass to solder to. If you have access to a drill press I suggest drill a small hole and threading a cap screw in to hold the ground wire (ideally with a terminal), it's a cleaner install and you can remove it easily if needed.

If you want to solder directly, scuffing up the surface is definitely beneficial though I've heard of a lot of guys putting the claw in an oven and getting the hole thing right hot, soldering a wire on then attaching everything to the guitar separately once it's cooled. They aren't as user-friendly for soldering as pots or switches, sadly.

Not my ESP for much longer -- was just doing a little cleanup as I was boxing it up. But photos were cutting it, first try sharing a video. Can't seem to embed it though: 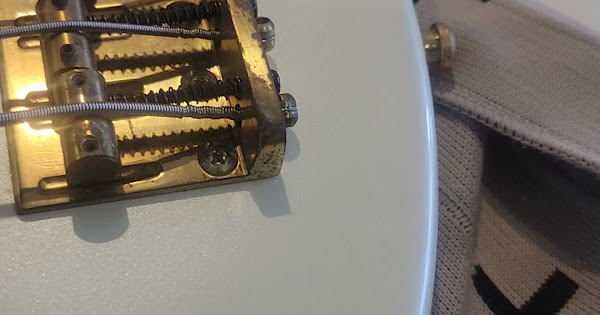 Updated family photo with new addition Phoenix. The Phoenix is super heavy sounding and plays as well as my ESP Custom Shops. Really strange neck with a compound radius that is kind of a cross between the Alexi thin U and my Custom Shop Gibson Les Paul Custom. ESPs never disappoint.

To all the ESP experts, does the ESP vintage plus hold up as a strat vs. a Suhr / fender? and what sort of price do they generally go for? thanks

jahosy said:
To all the ESP experts, does the ESP vintage plus hold up as a strat vs. a Suhr / fender? and what sort of price do they generally go for? thanks

It's going to be subjective but I would say they're reasonably well built and do a reasonably good job of giving you strat tones, but on the other hand, I prefer both Suhr and Fender as a classic strat. That goes all the way to CS/Navigator level, it just doesn't completely feel like I'm playing a strat and I can't put my finger on why. It might just all come down to the pickups - ESP loves SD pickups in this tier, and for classic strat sounds I've just never been a huge fan of their singles. A typical price maybe $800-1400?
You must log in or register to reply here.
Share:
Facebook Twitter Reddit Pinterest Tumblr WhatsApp Email Share Link